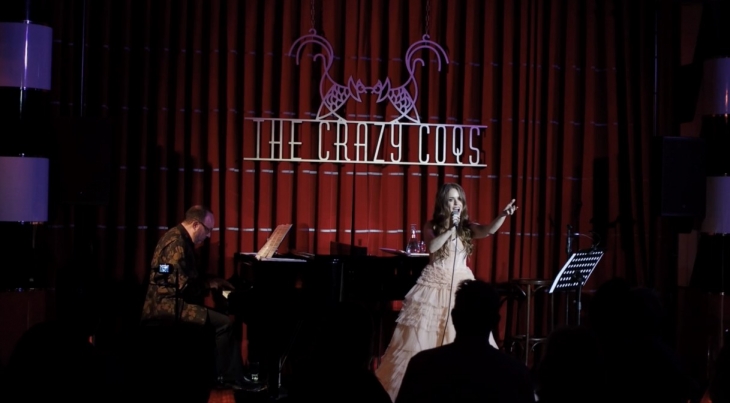 Back to the Future

I LOVE the Back to the Future Films, just love them. Whether that’s Marty first witnessing time travel with Doc in the Twin Pines Mall, Hoverboards and self-tying laces in a 2015 version of the future, or a wild western duel with Buford Tannen in 1885, its constant zipping through the timelines and tension-filled denouements always sets the heart racing. Plus, it has a top-notch brass-dominated orchestral soundtrack by Alan Silvestri which is just thrilling to listen to.

Now, earlier in March this year, I jumped into my own virtual DeLorean, accelerated up to 88mph, and pushed my flux capacitor to 1.21 gigawatts to thrust me a few months into the future to imagine how my “Access All Arias” London show in June would go. Now in July, with the show complete I’d like to tell you what it was REALLY like. So, let’s remind ourselves of my predictions and then focus on the reality.

Prediction:  “Stealthily I sneak into the kitchen, trying not to rouse my snoring hubby”

Uh-oh. It’s 5.30 am and my husband, James, who has a tendency to snore loudly, slept in our 2 nd bedroom to give me a good rest before the big show. I’m extremely grateful for this so after a very early night, I’m bright-eyed and bushy-tailed before dawn rises. Poor Dawn, she’s such an insomniac in the summer months but never complains.

Same can’t be said for James who I hear grunting from behind his door as I clutter round the kitchen making tea, having a steam, and generally disturbing the peace. He bursts into the kitchen rubbing his eyes, bed-hair like a caveman. I anticipate more noises of discontent.

Phew. I’m forgiven, and what’s more, he’s even entering into the spirit of showbiz with his dramatic exclamation. 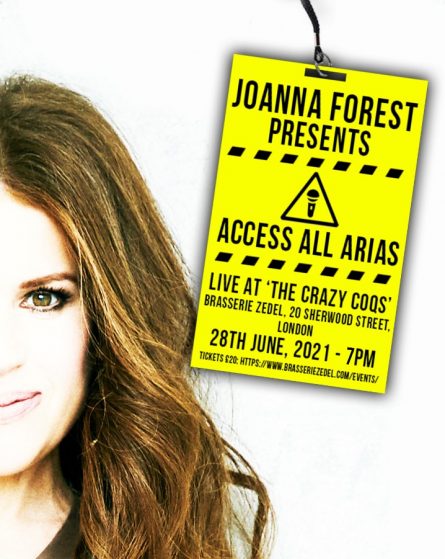 Prediction: “ Normally I listen to a podcast or call a friend when walking Eevee, but today my mind is fixed on my setlist for the concert”

Reality: It’s summer in London, so naturally it’s raining, therefore James can do the walk.

As James takes a break from his work and heads out into the abyss of a very soggy and very muddy Epping Forest, I rest my legs and instead of rehearsing the show on the walk, I put on a performance for my mirror, hairbrush substituted for Microphone of course.

Rehearsing this show has been different from normal. For the first time, I have changed things up a bit and created an entire underlying narrative for the concert, which I have called “Access All Arias”. Lo and behold, I am even going to try and make people laugh as I take a trip down musical memory lane and tell my story of how I have found myself as a serious classical singer when my background was being a very lively, often stagey, jazz hands loving musical theatre wannabe. It’s a gamble for me to try something like this and not only did I have the songs to learn but also an entire script and prompts!

Prediction: With England expecting to “return to normal’ on 21st June, this concert is just one week later.

In April and May, just as we were seeing record lows of new infections, we failed to close the borders in time, frustratingly allowing the so-called “Delta” variant, first found in India, into the country. In the space of just a few weeks, infection rates were soaring again so what we hoped would be “Freedom Day” on 21 st  June, stayed as just another day with the current restrictions still in place.

Thankfully, what this meant though was that indoor entertainment could STILL be performed, albeit, with fewer audience members, stricter deadlines and deep cleans between shows.

The journey into London on the tube with all of my baggage was very different to just a few months earlier. Fewer masks, social distancing not really THAT much distanced but on the plus side, more smiling faces who, even though know that restrictions are in place, can still see the light at the end of the tunnel.

My soundcheck however is relaxed and I was given a full hour to do it in. Most shows I perform in rarely give me the luxury of that long a rehearsal so my confidence levels and nerves are actually doing ok! One of my very best friends, Daniella Bowen, is also my special guest for the night so I’m just overjoyed to see her and enjoy her company doing what we love most. 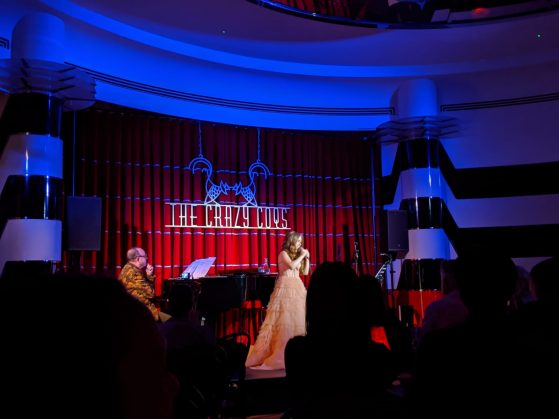 Prediction:  The doors have opened to the audience and peeping from backstage I see what feels like a mirage of smiling familiar faces.

Reality: The doors have opened to the audience and peeping from backstage I see what  is an entire room full  of smiling familiar faces.

Performing Access All Arias was everything I hoped for, and more. My heart was racing as my intro music for my signature piece,  Sposa Son Disprezzatta  started, signaling that I should take to the stage but I was greeted with cheers, very loud cheers, and any nerves I did have evolved into sheer giddiness. With the first song complete, the audience erupted again and continued in that fashion throughout the entire show. For many people watching, this was also their first time out, watching something they loved, seeing old friends, enjoying live music once again with plenty of drink to help celebrate.

Thankfully, my props didn’t break and my voice worked after months out, however, the moment which will stick with me most was when paying tribute to fallen Sgt Matt Ratana and remembering anyone who has suffered tragedy in the last year. For a brief moment, I, my pianist Jason, and everyone watching fell silent and took stock of what we’ve all been through. It was a remarkable shared experience and will stick with me forever. 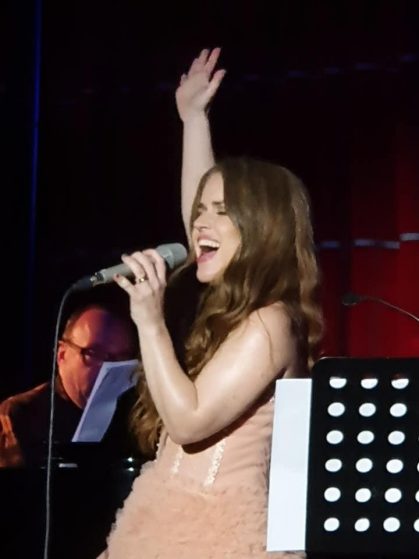 BACK TO THE FUTURE

Jumping back in my Delorean to the present, I wonder what happens next this year. I certainly want to explore taking Access All Arias out on tour, I want to continue writing here and growing my Classical Gas radio show, I have even started thinking about album 3. So many roads to take yet as the last 18 months have shown, we don’t know where they end up and is that a bad thing? For me, I take solace in Doc Brown who says, “Roads? Where we’re going, we don’t need roads”.