Joanna's starring role in huge West End concert in aid of CoppaFeel! gets rave reviews and makes over £12,000 for the charity.

TV Presenter, Matt Johnson, was was host for the evening.

After months of hard work planning the event, Joanna was ecstatic with the reaction to the show:

"I'm overwhelmed with how the concert went. All of the acts were incredible and to raise such a huge sum of money for a charity so close to my heart made all of the hard work worth it.

Singing on stage on stage in The Palace Theatre to a packed audience was a dream come true.

I'd been working on Nessun Dorma for a few weeks and recently recorded my own rendition of it; I'm grateful to Paul Potts for giving me his blessing to sing it instead of him!

Paul also honoured my request of a duet and we both thoroughly enjoyed singing Point of no Return from Phantom of the Opera together.

A fan filmed the footage and sent it to me which can be seen here." 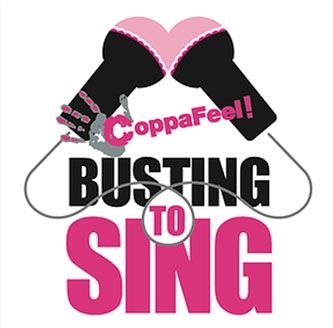