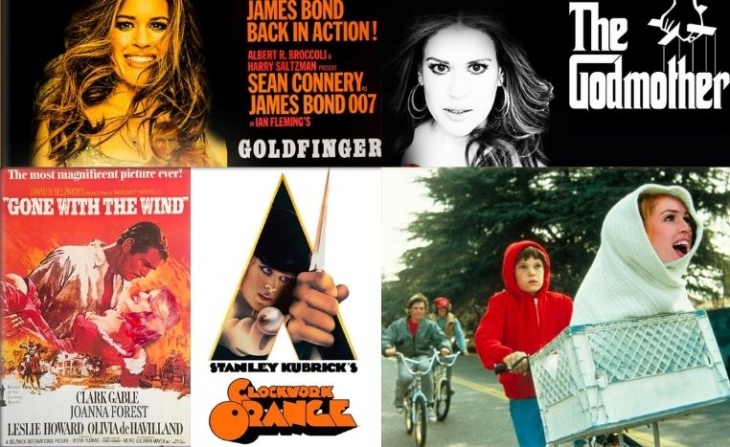 “What is your favourite type of cheese?”

“What is the funniest joke you know?”

What do you call a singing laptop? A Dell

“How would you survive a zombie apocalypse?”

“What is your biggest kitchen fail?”

Attempted a “come dine with me” feast for friends; they wanted roast potatoes, they got lumps of potato coal.

“What is your favourite movie soundtrack?”

Too many to choose but throw in some dramatic trombones and you have my attention!

Instagram’s popular “Ask Me Anything” stories app throws up the most weird and wonderful array of questions for the host to answer. Whether it’s food choices, fashion tips, favourite leisure activities or questions that make you gasp with surprise, I always find engaging with followers and fans a great way to keep in touch.

The example question about movie soundtracks is one I get frequently asked. I always end up scratching my head and rolling my eyes north in the hope that my brain will find the answer. I’d  like  to say  This is Spinal Tap  but given this is a classical column, I fear I need to try a little harder.  Spice World the Movie ? Behave, Joanna!

My weekly radio show,  Classical Gas with Joanna Forest , on  Great British Radio , sees me chat away with some brilliant guests from the world of music and celebrity about their lives and classical music choices. Incredibly, almost all of my guests name a classical or orchestral piece from a movie which they often choose as their all-time favourite classical piece. It’s abundantly clear, therefore, that movie music is embedded in our cultural psyche so, with a little help from my friend,  photoshop , it is therefore time to stick my headphones on and explore my own five favourite film soundtracks. 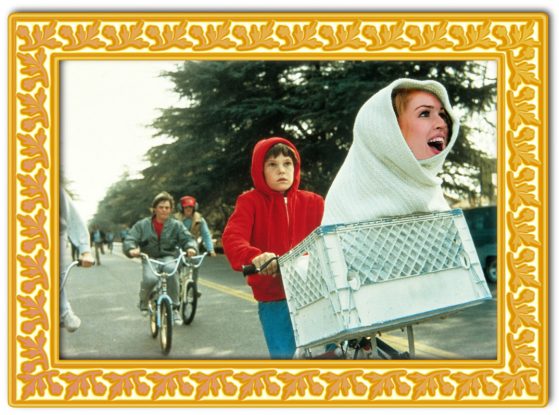 Where on earth does one start with John Williams? His composing career has now spanned a jaw dropping  eight  decades with his next film being the fifth Indiana Jones film to be released when he is  ninety.  Ninety?! His compositions are so famous that they have almost become part of the air. They’re just always  there  aren’t they? Choosing one John Williams is so tough when you have  Star Wars, Superman, Jaws, Schinder’s List  and  Harry Potter  to name a few on the playlist.  E.T.   and particular “The Flying Theme” however, wins it for me.

It is not only the score’s most defining theme but is also, quite literally, triumphant and soaring as E.T. and Elliot take off into the sky on their bikes. With such prominent strings and brass, it is uplifiting, sweeping, joyous and emotional. It is also laden with nostalgia where, as each year passes from its original release, we can appreciate Williams’ mastery of his craft and genius.  E.T. Phone hooooooome! 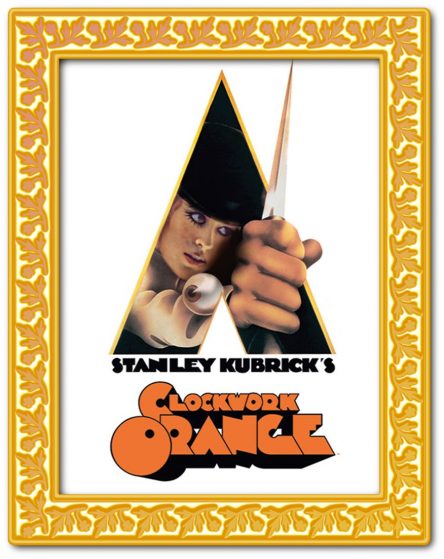 1971, 50 years ago, dark dystopian synthpop classical crossover? Yes please! Banned for decades in the UK, Stanley Kubrick’s Clockwork Orange isn’t exactly the most predictable soundtrack on my hit parade but it wins full marks for its brave venture into teaming up classical music with an ultra-violent story.  Considering, the lead character, Alex (Malcolm McDowell) ends up being horrifically conditioned against Beethoven’s  Ninth Symphony  it’s not surprising that listening to the likes of Rossini’s  The Thieving Magpie  &  William Tell Overture  and Elgar’s  Pomp and Circumstance Nos 1 & IV , your mind is taken to a much darker place than the original compositions were originally intended.

The stand-out musical moment for me, however, is Wendy Carlos’ stunning electronic transcription of Henry Purcell’s  Music for the Funeral of Queen Mary . With The Beatles splitting up only 1 year earlier, this venture into classical crossover was WAY ahead of its time and highly inspirational. Best not to watch before bedtime though. 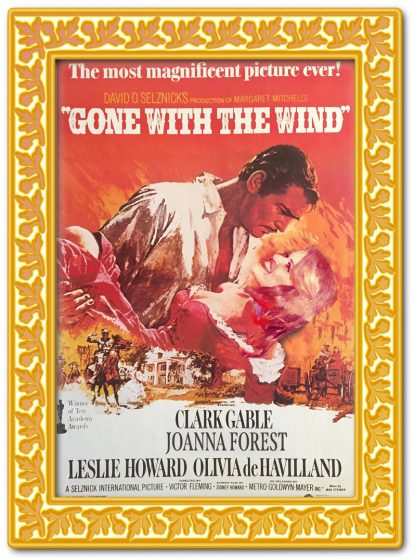 Let me be honest, I’m not actually a huge fan of the film, I  like  it but I think it has many artistic failings. It’s hard to argue though with its durability and place amongst legendary Hollywood movies. What I can listen to over and over again is the simply divine music composed by Max Steiner, with  Tara’s Theme  slap band central in my assessment and praise.

Whenever I hear  Tara’s theme  I find it almost impossible to carry on doing what I am doing as it has that “STOP AND LISTEN NOW!” quality to it. “Sorry Mum, can’t talk got to hum… Daaa diiiiiiii di daaaaaaaa, daaa diiii di dummmmm…”. I doubt very much that Steiner has those words written down on his score but if they need some lyrics to it in the future I think I’ve already nailed it, right?! 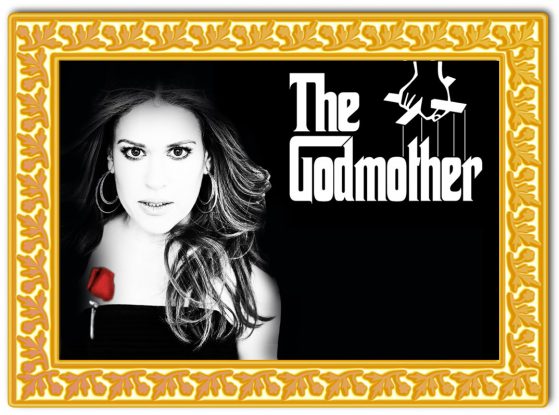 Originally an instrumental called Love theme from The Godfather, the song took on a whole new life when it was given lyrics and called  Speak Softly, Love  or  Parla Piu Piano  in Italian. Arguably, The Godfather is one of THE greatest films of all time and itself continues to inspire movies and TV today. The greatest TV programme of all time for me is The Sopranos and we wouldn’t have that as a gold standard without its source material. To make something which stands the test of time you need to have the perfect blend of story, direction, acting, cinematography and music. Unbelievably, this theme sounds like it has always been around, like it is from one of the classical masters, yet it is just turning fifty.

I first fell in love with it when I heard Paul Potts sing it at a show we were both performing in. I cheekily “made him an offer he couldn’t refuse” and asked if he wouldn’t mind me singing Nessun Dorma. As gracious as ever, Paul agreed and in response he sung Parla Piu Piano and brought the house down. I have since incorporated it into my own set, albeit without a horse’s head as a stage prop. 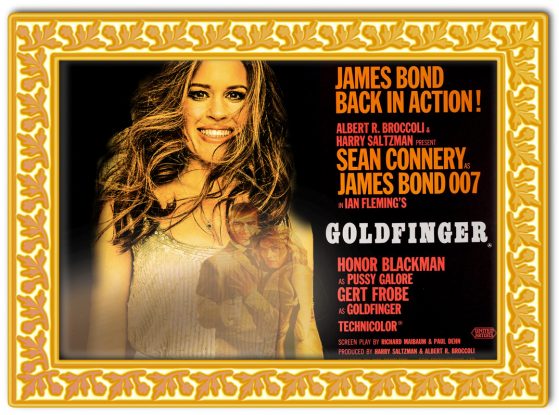 What is it with the name John and film composers? Like with John Williams, John Barry is another composer where finding the ultimate score or song is nigh on impossible. Outside of 007, Barry composed so many incredible scores such as  Born Free, Out of Africa, Somewhere in Time, Dances with Wolves, Zulu  and  The Ipcress Files  yet for me Bond is Barry and Barry is Bond. The fact that the release of any upcoming Bond theme song is an event itself gives massive credit to John Barry who not only arranged Monty Norman’s Bond theme but also composed  From Russia with Love, Thunderball, You Only Live Twice, On Her Majesty’s Secret Service and Diamonds are Forever  to name a few.

However, as incredible as they are, for me it’s the opening notes of  Goldfinger  which never fail to make the hairs on the back of my neck stand on end. The most magical mix of strings, brass, woodwind and percussion all competing for the biggest impact in just a few seconds make Goldfinger a stand-out. As if that wasn’t enough, bung in Dame Shirley Bassey and we have the sound of musical heaven.

So, what about you? What are your favourite musical scores or songs? It’s almost an impossible task to find just one, even five was tough for me, but the adventure of collating even these was pure joy!

It certainly fell more in my comfort zone on the Instagram “Ask me anything” than another common question which comes up… “Fancy a date?” Eeek.