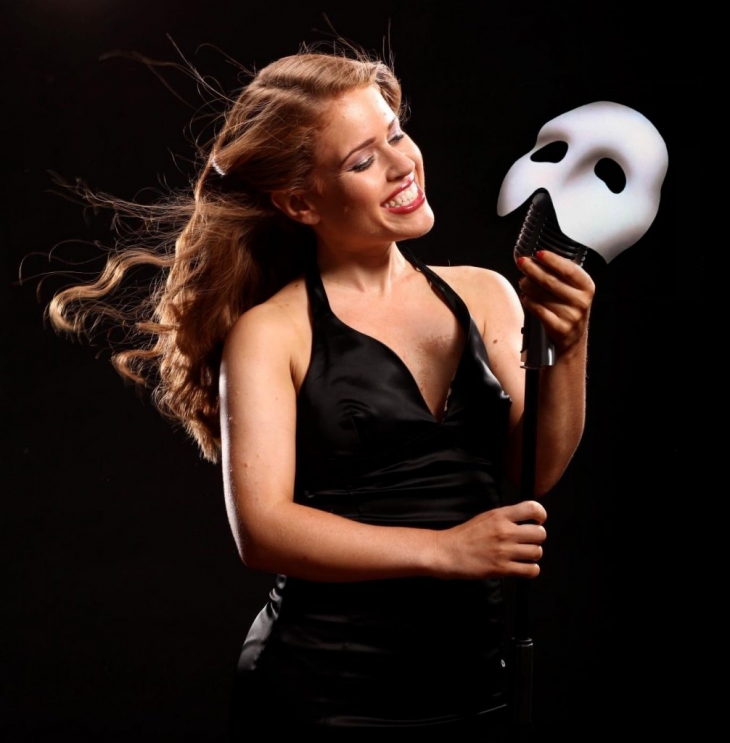 Past the Point of No Return?

“You have brought me

To that moment where words run dry

To that moment where speech disappears

It’s July 28th, 2020 and I along with countless others have just read Sir Cameron Mackintosh’s shocking article in London’s Evening Standard Newspaper.

“Andrew and I have had to sadly permanently shut down our London and UK touring productions of The Phantom of the Opera, but are determined to bring it back to London in the future.”

Woah, steady on… Phantom of the Opera has permanently shut down? Phantom?

According to Sir Cameron, the £1.57 billion rescue fund for the arts promised by Culture Secretary Oliver Dowden, in light of COVID-19, has still not materialised and as we’ve all heard, theatres have taken a HUGE financial hit.

Andrew Lloyd Webber put out a brief statement the following day saying “As far as I’m concerned, Phantom will re-open as soon as is possible.” H owever with the famous chandelier removed from Her Majesty’s Theatre this only goes so far to reassure the incredible actors, musicians and production teams that their last bow on 15th March was merely a pause before a triumphant return when safe to do so.

I have a long friendship with this beautiful show. Original Christine Daae, Sarah Brightman, was my biggest influence and greatest inspiration. She is why I became a performer.

My first solo outing as a soprano was singing Point of no Return at the Palace Theatre in London, a duet with Paul Potts; countless performances of Think of Me, Wishing you were somehow here again and Phantom of the Opera made up my concert set lists and incredibly, I was lucky enough to see the show yet again this year, introducing my step children to the magic of Phantom, just a couple of weeks before the silence. All of these connections and I wasn’t even in the show.

So, what of those who were? What must they be thinking and feeling with the future so uncertain and their dream jobs potentially shattered? I caught up with three company members who were in Phantom up until the end; El eanor Sanderson-Nash who I am in awe of as she effectively understudies the entire female ensemble, Britt Lenting who plays Opera Diva, the prima donna Carlotta Giudicelli; and the Phantom himself, Scott Davies , who has donned the famous mask over 2,500 times.

I asked each of them about what it was like to perform in the most iconic of shows, what their ‘wow’ moments were and how they are feeling about the uncertain future of this iconic show. 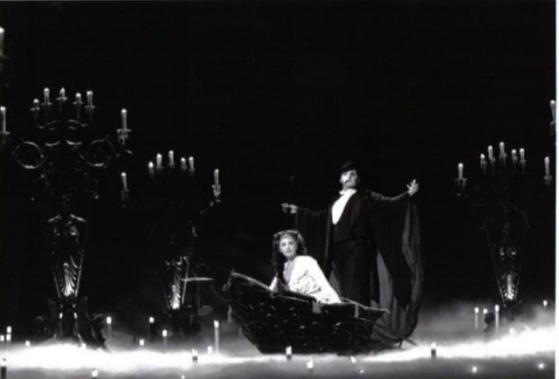 “Playing the role of Phantom is a dream come true! I have had the fortune of being in the show on and off for many years though I think a stand out moment was performing in front of the Queen.

I can quite honestly say though that every time is different. It’s such a good part, not only from the perspective of a singer but an actor too; there are so many different emotions the Phantom goes through and it’s really important to show the vulnerable side of the Phantom as I believe the audience should feel sorry for him. It really is a rollercoaster of a show.

There is however a lot of pressure to deliver a great show each time. I have to look after my voice to get through the eight shows a week, however I am lucky to have had classical training at the Royal Scottish Conservatoire and career at English National Opera as a Principle Guest Artist.

Right now, the whole thing is so very sad. The Arts have been hit so badly and it’s very frightening to think of how it will be affected long term. However, I remain positive by singing every day and keeping fit and busy. I trust that the industry will recover. Nothing beats a live performance with the electric atmosphere of an audience and I really hope that we can return to what we all love doing best.” 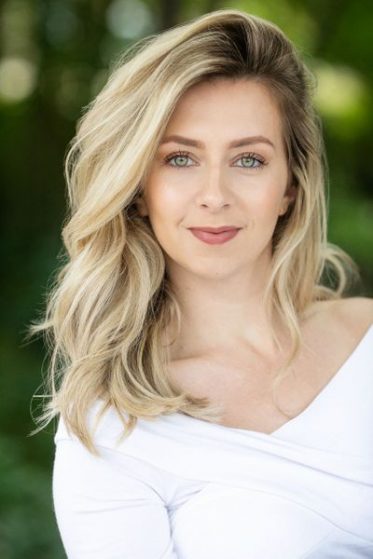 “It was a total dream to be part of such an iconic musical and something I’m immensely proud of. The way you feel on that stage, wearing the beautiful costumes and wigs is something I can’t properly describe.

A moment that always sticks in my mind is the curtain call for my first ever performance. As a Swing, I didn’t perform every night, but I was ‘on’ for my second night on the job. Holding hands with my incredible colleagues to the cheers, claps and standing ovation the audience gave us that night, made me cry!

Right now I can’t pretend I’m not devastated that we won’t be going back. It seems that live theatre and performance seems to have a long way to go before it’ll get back to normal. I truly believe that London is a city that thrives on theatre, performance, music and culture, and while they can’t go ahead in their normal state, the city won’t feel the same.” 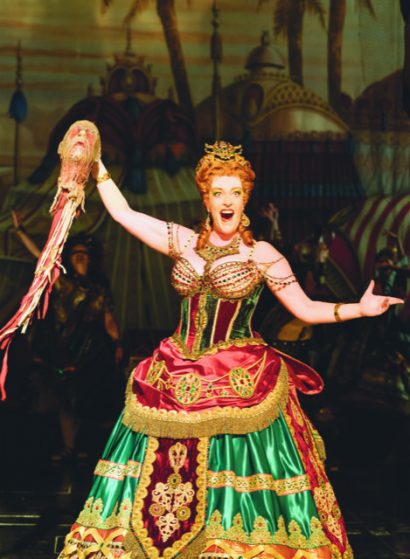 “I feel so grateful that I got to be a part of it. Last year my dream came true. Seeing my face at the front of the theatre, the day the pictures were put up on the outside, that was Wow! I had tears in my eyes on my first bow during opening night on 9th September. I can’t say it enough, to stand on that stage, in that show, with practically always a sold out house… it is just unbelievable.

Currently, I am sad. It is a very difficult time and some days I really don’t know what to feel. There is a lot going on in the world at the moment. The government needs to take a look at this because some rules that are in place just don’t make sense. We need it, it is not just our jobs or how we pay our bills, but it is also part of life.

Hopefully, I can play her again in the future, because I feel we were just getting to know each other!”

As with many performers who found they couldn’t work, Britt also held her own fantastic Instagram live show every day of the week for five weeks called “ Your 15 minute call” at 7.10pm, the time when the Phantom cast would get their own 15 minute call before showtime. For Britt, who can be found @britt.lenting this didn’t just bring delight to fans all over the world but also gave her some focus during such a sad time for so many.

“It helped me a lot at the time I was feeling kind of lost. I live on my own most of the time, so lockdown could be quite lonely.”

It’s not just Phantom of course; performers and crew members across the world have suffered, whether this is professional or amateur, our passion is still under threat. Like Britt, many have taken to online both as performers and entertainment consumers to keep the candle burning. 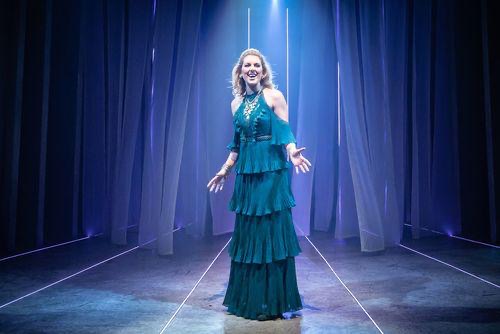 Daniella Bowen , a West End leading lady whose favourite role was Rita O’Grady in Made in Dagenham and is currently in Tina The Musical , told me that “Right now is a very sad time as I was in an audition room last week and saw all of these super talented, creative people desperate to be back doing what they were born to do. So many of my colleagues have fallen through the cracks and been totally abandoned by the government’s funding efforts, it’s heartbreaking! I just hope we can get up and running ASAP, so no more shows get pulled and no more people lose their jobs.

“Watching the streaming of the National Theatre Live shows has been a delight. Getting to watch old productions I loved or ones that I’d missed has been something I have clung onto. Getting to keep fit with super talented dancers I have worked with, who have given free online classes, has been a dream and so generous at such a desperate time too.”

Let’s not forget, it’s not just performers. One of the most experienced Sound Production Engineers I know, Stuart Moffat , should currently be working on The Book of Mormon national tour. 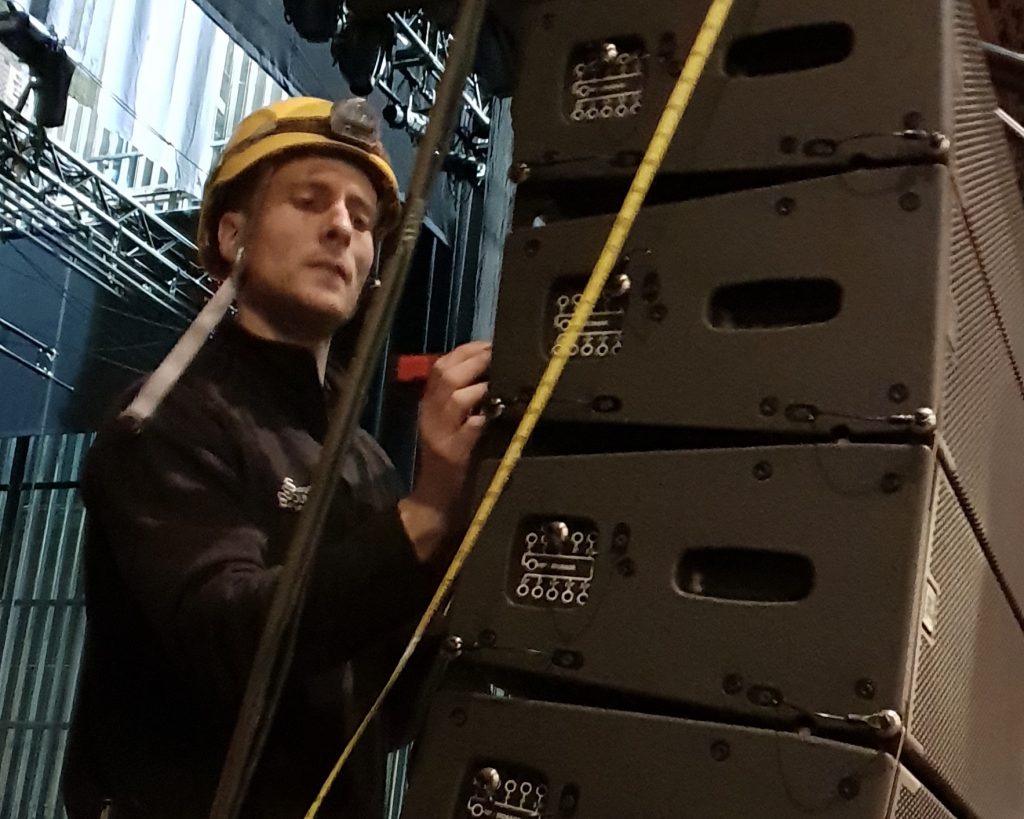 “The last update we had was that there were hopes the show would re-open in December, but the chances of this happening now are seeming very unlikely. The next couple of months will prove critical for the theatre industry, particularly for regional theatres on the UK’s touring circuit where a great proportion of their revenue comes from the pantomime season. If pantomimes do not go ahead this year I do fear that some smaller venues might not manage to make it through this.”

Reflecting on what each of these world beating professionals say is sobering but we are also an industry that never gives up. Next month I am going back to Regent’s Park Open Air Theatre to support their incredible socially distanced performance of Jesus Christ Superstar.

We are an industry which thrives on optimism and making people feel good; whether this is bringing infinite smiles to children’s faces in pantomime, belting out Proms favourites in a park or bringing tears of joy to a Phantom audience at Her Majesty’s Theatre, we are NOT past the point of no return…yet. The show really will go on, somehow!