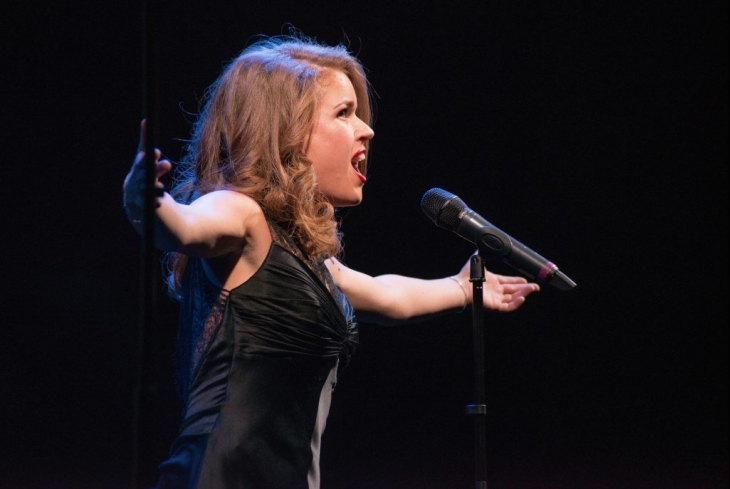 The one where I became a motivational speaker

I was overwhelmed at the reaction of my first column. It was wonderful to hear from so many people. I also saw that so many of you related to what I was saying. It was good to know I am not alone! – and neither are you.

It’s been a busy month since we last spoke. At the end of 2019, my story was included in a project called She Can 365. Launched on International Women’s Day 2019, it told a different story of a woman in business or who had overcome adversity for a whole year, and I was honoured to be the Christmas Day story.

This project is set to become a book. I know! I was also asked to share my story at an event in Manchester in England on International Woman’s Day 2020.

With this in mind, I thought, for my second column, I would share my talk with you. I hope you enjoy it!

‘Just six years ago, I was still a “musical theatre” actress where my most regular income came every Christmas performing in Pantomime across the country. I would play Wendy from Peter Pan. Yep, I was playing a 12-year-old girl even into my mid-thirties. Not exactly Christine from Phantom or Eponine from Les Mis, but I DID have a great time and meet and work with some brilliant people. I had some wonderful forays in the West End and on TV. I was personally chosen by Sir Michael Palin to open his first play at the Novello Theatre, starring as a pretend man in the banned “It’s not for girls” Yorkie ad campaign or chasing around a two-headed Llama with Tommy Steele for a year in Dr Doolittle the Musical. I loved it, but I knew I wanted more, and I had good reason, too.

You see, there was a reason why my appetite for pushing myself in this world wasn’t exactly that of an A-Lister.

When I was on tour with the Best of Broadway in Europe at just 21 I found a lump in my breast which subsequently turned out to be breast cancer, making me I guess one of the youngest to get the horrid illness. I am open about this, but this might be new ‘news’ to you.

With brilliant doctors, numerous surgeries and some barbaric treatments and with support from friends and family, I came through the other side.

My confidence, though, both mentally and physically were shot to pieces due to cancer and after showing such promise during my schooling at Italia Conti stage school, I found it harder to step out from the ensemble and take the inevitable knock back after knock back from casting directors who were seeing a million Eliza Doolittle’s, Marias, Eva Perons and Sally Bowles, all of whom also probably had a few extra precious inches on top of me and hadn’t had a cancer diagnosis rock their worlds. I plodded on for a few years. Anyone else here ever felt that feeling of plodding on? Content yes, but without the spark and inspiration to go many more steps forward.

Sometimes though, all it takes to start with is one person to make you see things differently, to turn you around and invite you to take another path. To shine a light, holding a mirror to your face showing you your true calling. For me, this was my friend, James, who had heard me singing at a cabaret and challenged me on what I REALLY wanted to do.

Have you heard of the game ‘would you rather? My mate James gave me a would you rather of my very own. “Would you rather be the lead in your favourite West End Show or be a Solo performer who isn’t hiding behind a character but releasing and performing music under their own name?” He was convinced I would say Phantom of the Opera, but it was at this moment that everything changed. I WANT TO SING AS MYSELF. James paused, gathered his thoughts and said “Joanna, you are one of the best singers I have EVER heard, what’s stopping you?”

Nothing. Except myself. I was literally standing in my own way.

And that is where it all began. With myself. Not being signed to a label, I am immediately classed as an independent artist. The song “all by myself” springs to mind but that is what I HAD to do and I know that it came with huge risks, but isn’t that what being an entrepreneur is all about? Setting something up, as business in the hope of making financial gain?

So suddenly, I’m not only an independent singer but also an entrepreneur. And guess what, I had absolutely NO IDEA how or where to start. Thankfully, one thing I could check off my list of “things to do to become a number one singer” was to sing.

Like anything in life, you have to constantly work at it, but at least I had the raw materials. However, to really set up on my own, go on tour, release music and promote it meant I would need a lot more than just my set of lungs, diaphragm and vocal chords. I had never worked in an office before. I thought excel was some form of academic recognition.

My starting point and biggest learning was to talk to people, simple as that. Involve them, ask them how things work, who they know who can help and who is just there to make a quick buck from you.

The music industry is a funny old business, with not much clear direction so meeting the RIGHT people is key. My first breakthrough was a big one. The breast cancer charity, CoppaFeel, who I am a volunteer for, were going into partnership with The Sun Newspaper and so I came up with the idea to put on a show to raise awareness at The Palace Theatre in London which, when The Sun and CoppaFeel heard my idea, jumped at the chance to produce it. Before I knew it, I had a team of producers, marketers, journalists and charity friends on board and I found myself in my debut performance as Joanna Forest, the soprano, singing a duet with Britain’s Got Talent Megastar, Paul Potts and then going solo with that good old easy song, Nessun Dorma.

Finessing live performances were key and I made sure that I sang at every available opportunity, which was demanding but again, meeting the right people and asking the right questions ensured that my career continued to grow. After recording a whole load of demos to pre-recorded backing tracks in small studios I sent them to a wonderful producer, orchestrator, conductor and world famous pianist, This is where I learnt a 2nd lesson…Take Feedback. I wanted to release my album of demos under the title “Demoiselle” but after one listen, the producer was brutally honest with their appraisal. The album would be ineligible to chart, it wouldn’t receive radio play, your voice is excellent but the track quality is below average as its been recorded in numerous studios with sub standard backings. I suddenly found myself recording my debut album, Stars Are Rising, properly with new arrangements and full orchestras.

I’ve recorded two albums now, Stars are Rising and The Rhythm of Life, both of which achieved classical number 1’s. In addition, I have also recorded three number one classical singles, one of which was for The Queen. The thrill of recording with a huge orchestra is a mind-blowing experience.

There is though, so much more involved with releasing an album: Creative brainstorming, securing distribution deals, designing artwork and recording videos. I took a risk, I self funded and in the days of streaming, this is a tough decision to make. However, I am so pleased I did.

Not only did I get the number 1s, it has led me to performing at some incredible places and to thousands of people at Sports Stadiums, Theatres and Concert Halls and even on Songs of Praise singing Ave Maria. The dream.

What I had so often thought was just a dream, was coming to life and I was living it. There is still LOTS more work to do; shows to plan, future recordings and my new obsession – fighting the fact that funding for music education in schools has taken a battering and our children are not being exposed to music which is a complete disaster and I’m on a mission to change that.

So my third and final lesson is this…Do you have a dream? Go for it. With really hard work, they do come true.

Oh and what became of my good friend James?

Reader, I married him. 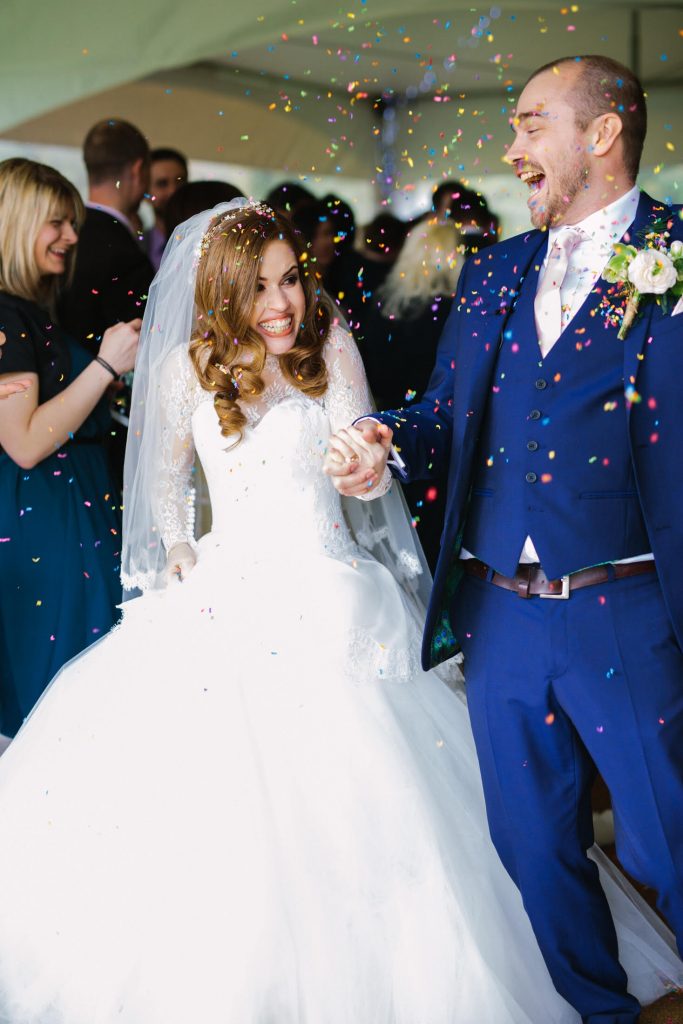