The Rhythm of My Life: World in Union

Do you ever watch something on tv, could even be something funny, and then out of the blue, the song which reminds you of your childhood comes on? Your face crumples, your bottom lip wobbles and then…TEARS.

Do you ever listen to the radio when the DJ decides to play a song, which you were only listening to last year with your friends in more normal times?…you smile, you send a group whatsapp message to your buddies and as the replies come through…TEARS.

And do you ever find yourself in a situation where you have to sing a powerful song with other people; a wedding, a funeral, a christening, a choir? Your jaw tenses, you look skyward for help, you literally can’t sing anymore and the results…MORE TEARS.

Music and emotion goes hand in hand. It’s why we, as a global community, LOVE music. It’s the soundtrack to our lives, it excites us, it makes us happy, it makes us sad, it comforts us. Music is a language which can talk to anyone, in any country in any circumstance and has the power to  unite  us all.

There is, of course, another leisure activity which contains the magical power of union and that is sport. Incredibly, music and sport also go hand in hand. Whether that is singing your team’s song with thousands of others in a stadium, joining in with the national anthems before an international sporting event or reminiscing about the World Cup in Italy in 1990 whilst listening to Nessun Dorma, sport and music are very close cousins.

Considering this, I would say that this month it was my greatest honour in my career to be asked to sing in memory of the much-loved East Grinstead Rugby Coach and Police Officer, Sergeant Matt Ratana, who tragically died in the line of duty in September.

Matt, originally from New Zealand, and a HUGE All Blacks Fan, epitomised everything that is wonderful about community. Everyone who had the pleasure of working with him in the police paid tribute to his career, presence, sense of humour and inspiration he would give to others. At his funeral, Met Police Chief, Cressida Dick, spoke of the countless people he arrested who even parted from him with a handshake.

At East Grinstead Rugby Club where Matt was coach, he was admired for his values around creating transformational change and opportunity to develop young people, through rugby.

It was through a mutual friend at his club that I was asked to therefore record a brand new version of “World in Union” in tribute to Matt. Based on a movement from Holst’s “The Planets” and then “I vow to thee my country”, anyone who has watched a Rugby World Cup will know the song, whether it was the original by Dame Kiri Te Kinawa or others such as Shirely Bassey or Paloma Faith. Even if you don’t watch Rugby, the song is a firm favourite in the classical crossover genre and always brings joy wherever it is performed. 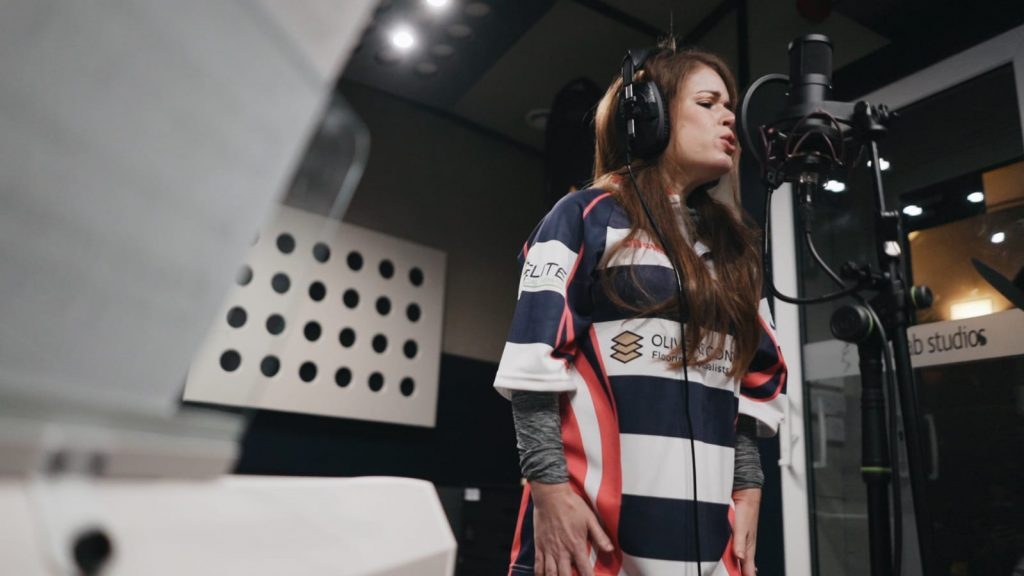 My brand new version for Matt, with pianist Joel Goodman, was created with a new arrangement and the result being “World in Union 2020”; a reflective and stripped back version of the song with just vocals and ivories. Recording the song during lockdown was a highly emotional moment, with some of Matt’s friends present. Hearing it then played at his funeral at the request of his partner Su, finally hit home the power of what we had recorded as I could see that it was providing comfort to his closest during their time of grieving.

We have since seen the song played on the BBC, ITV and across the world in anticipation of its release and what makes this so special is that it is really going to  mean  something; Every penny from World in Union downloads will go to to the Matt Ratana Rugby Foundation, which builds on his legacy to support Community and Schools rugby, both Nationally and Internationally, helping recipients to fulfil their potential.

Matt believed that rugby wasn’t just about the playing of sport, it was also about bringing people together from across the community and learning to appreciate diversity. In a year where our global community has been unable to be together, I hope that World in Union 2020, at least goes some distance to help bring the aims of the foundation to life.

RIP Matt Ratana.The Rhythm of your life will not be forgotten. 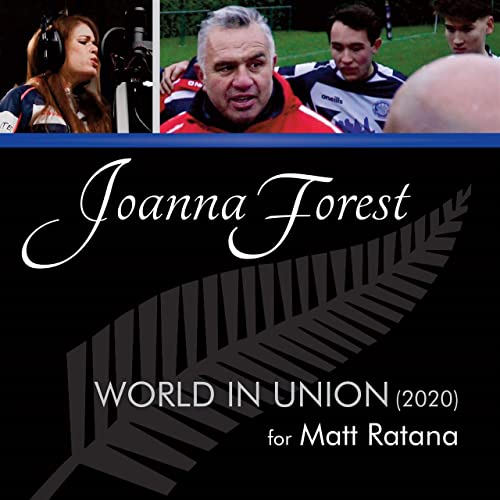 World in Union 2020 by Joanna Forest debuted at No.1 in the Classical Charts and is now out on iTunes and digital music platforms.