The Rhythm of my Lock Down Life

“What would you do if you were stuck in one place and every day was exactly the same, and nothing that you did mattered?” –  that famous line that Bill Murray’s character in the 1993 movie, Groundhog Day said.

Never in our lifetime did we think this could ever be the actual case, but such is the predicament we still find ourselves in during these bonkers times of Covid-19 lockdown.

As I pen this in my garden in Essex, England, it is VE Day (Victory in Europe), 8th May, 2020, and 75 years since millions of the most wonderful, brave souls gave their todays so that we could have better, freer and more prosperous tomorrows.

I’m sitting listening to the echoes of Dame Vera Lynn’s “We’ll Meet Again”, drifting out from my neighbours’ gardens and my mind wanders to our current heroes, fighting THIS “war” for us; our National Health Service and front liners, all performing lifesaving, and life-changing work, worth infinitely more than what their monthly pay packet shows.

Sitting here in the sunshine, in my garden, enjoying a cup of tea and watching my husband paint our fences, this kind of Groundhog Day then is most welcome, but I cannot help but think of the many struggles people are going through. Here in my garden, it is easy to think that it is just another sunny day, but the global crisis is never far from my thoughts.

My mind turns to when this is over because it will be.

I realise what I am most looking forward to, once I have seen and hugged my family and closest friends, is not only perform again but to engage in a chit chat with fellow music lovers face to face.

Some of my favourite moments during touring and whilst being on stage are letting people in on certain bits of my life which they may not have known before.

This column is all about the Rhythm of my life, but the rhythm is fairly similar to yours at the moment I imagine! So I thought I would share some of the snippets of my life that I have never shared before, about my life as a performer.

1. A curious tale of the python and a slippery, smelly dog

In addition to my training as a soprano and prior to that in musical theatre, I was once a “straight” actress.

There were many highlights.  I spent a year in the world of Sir Michael Palin, my favourite actor in Monty Python.

Michael is such an excellent writer and a number of years back he wrote his first full play, The Weekend, which also starred Richard Wilson. He personally cast me in his show and after a lengthy stint at The Savoy Theatre in London, we toured the UK.

Sir Michael is a true treasure, he is as sharp as a nail, as witty as a debate between Oscar Wilde and Shakespeare and as kind as the priest is to Jean Valjean in Les Mis. He has, of course, seen the world and written many great books on the subject.  He has written three volumes of autobiographies, which I confess to be in. I say ‘confess’ as I made a memorable mishap on opening night of the show which added to certain, shall I say “interesting” reviews.

In one scene my character had to hold a dog, a small scruffy yet loveable dog who smelt of old cheese, was in season, and had an appetite for chaos and disregard for live theatre.

Around 20 minutes into the show, I’m holding her on stage in front of a couple of thousand people and something startles Miss Barksalot from the wings. I feel her wriggle, I feel her twist and turn and before you know it she magically seems to be covered in lard and yep, you guessed it, slides out of my arms and makes her dramatic exit…..through the middle of the fireplace. She just couldn’t use the wings like the rest of us could she?! The shame. It was only six years ago that I truly comprehended how memorable this was as Michael wrote about it in his third volume of memoirs. So here is my apology all of these years later to you Sir Michael. No wonder I then decided to become a singer. 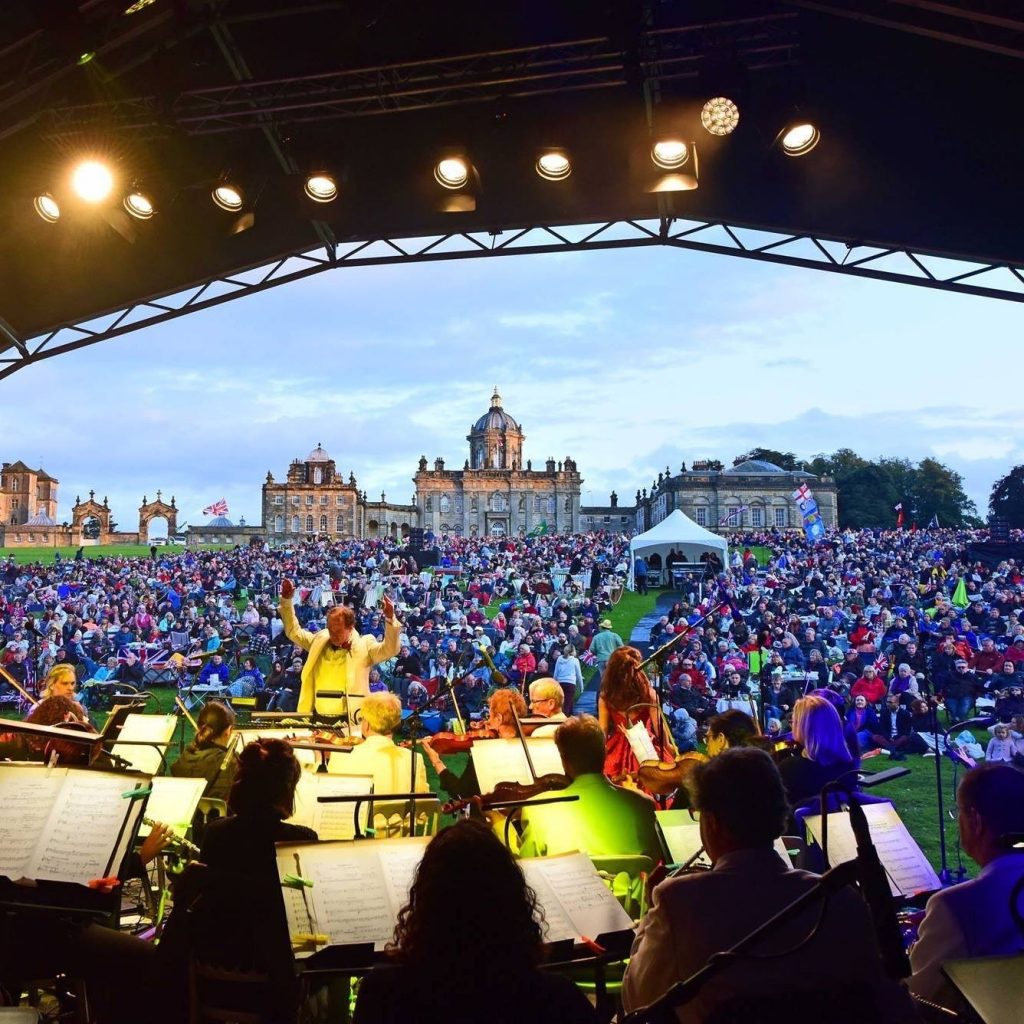 2. I rehearsed more for the role of an ox in Nativity than headlining a Proms show

Who did you want to be in your school nativity school? Jesus? One of the wise men?  For me, it was always between Mary and an Angel. Every year I’d get excited and every year it led to what felt like a heartbreaking disappointment.

However, I loved performing in nativities, especially as the rehearsals would take priority over actual lessons. If only we could have so many rehearsals for some of the shows I am in these days! An example of this is The Proms. 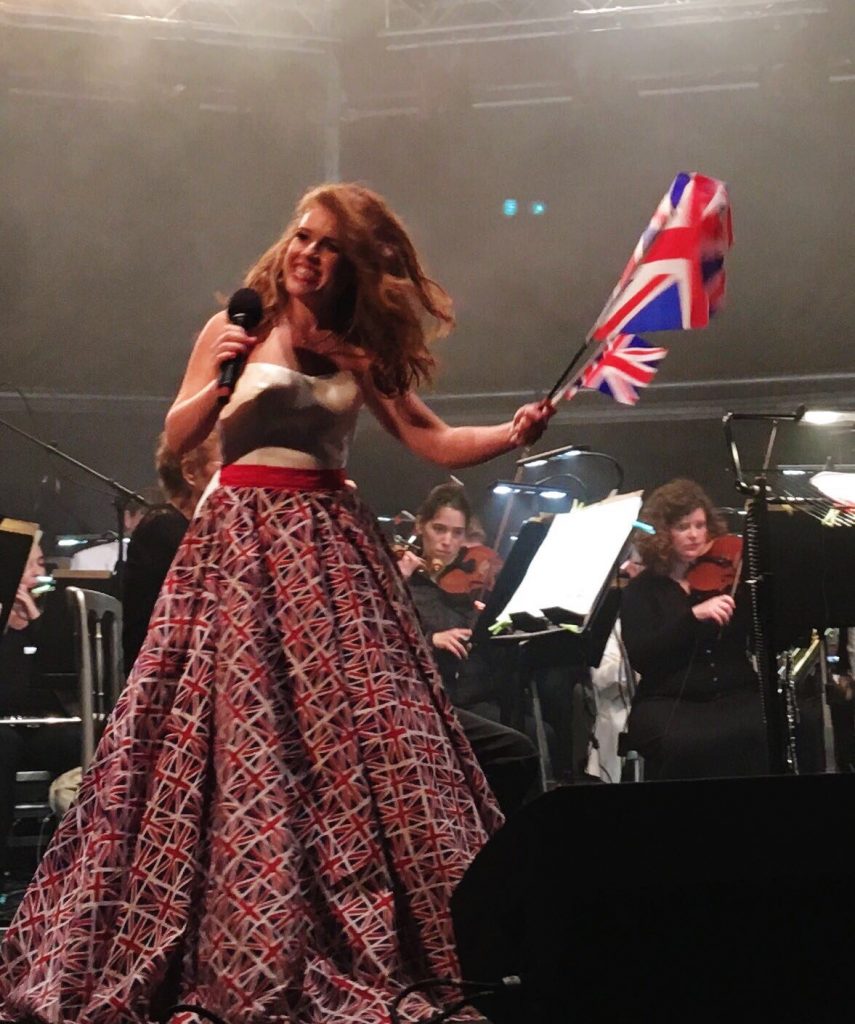 The Proms is an outside performance with a full orchestra. I LOVE performing in proms shows and I am always excited to do more.

But one anxiety-inducing aspect is the lack of rehearsal! Backstage is great fun; your own dressing room with rider, lots of excited faces from the choirs performing, loads of tasty sandwiches, hopefully sunny weather and you’re all ready for a great day at work.

The rehearsal normally happens only just before they start admitting thousands of guests who jostle for position constructing their gazebos, picnic tables, and consuming bubbly for a full day of entertainment and singing. I kid you not, you then pretty much have one shot at each song before the masses descend and you have to disappear.

When performing to backing tracks this is usually fine, as it’s all about the technical sound but when you come together with a live orchestra and choir for the first time the preparation you have done beforehand on your own is crucial.

Nothing quite prepares you for the mind-blowing full sound of the orchestra when you haven’t heard it all come together yet. There is a saying that a bad dress rehearsal makes for a great show, however in this instance that scenario is to be avoided at all costs.

You might spend the rest of the afternoon a little nervous, yes, but it is always really exciting.  The live musical puzzle always comes together boosted by lasers and fireworks. It’s so uplifting seeing the audience flying their flags and joining in some of the proms favourites. It is really one of my highlights. But I still harbor the hope that one day I will get to be Mary! 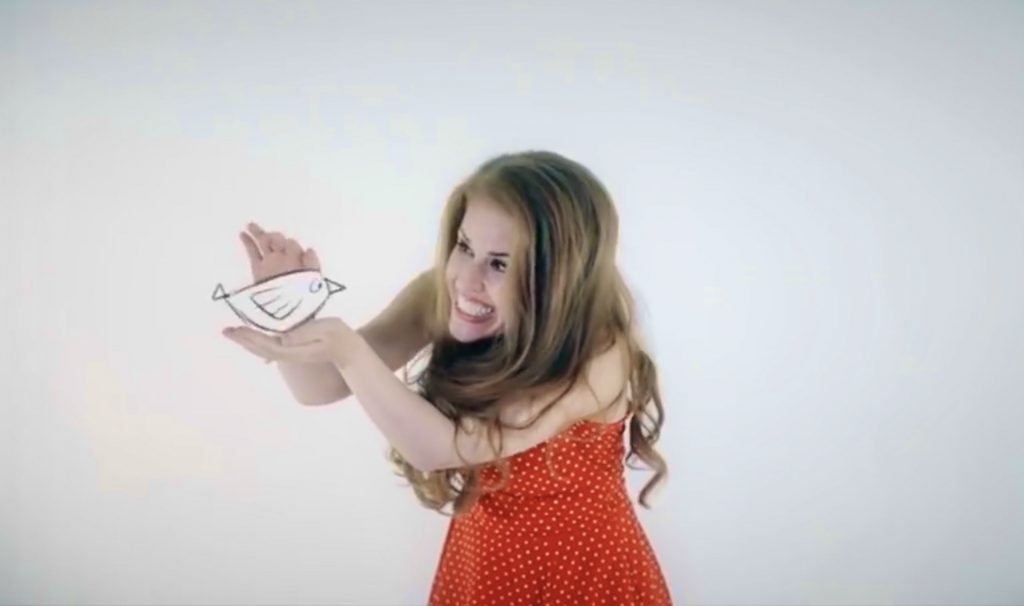 3. Bambi and Thumper are two of my greatest fans.

I live inside the forest itself in a small hamlet that wouldn’t look out of place in a Hans Christian Anderson fairy tale.

When I look at my cottage from my garden, I think of all the things I have achieved in there and been proud of. Inside my office, I had to transform from “just a singer” to a woman in business. A person who planned and released both of my number one albums.

The daily business of a successful independent singer is so much more than flexing the vocal chords; you have to become an expert in marketing, social media, a financial analyst, an IT whizz, a designer, a networker and essentially a CEO as you manage all aspects of the business side. Once you have mastered all of that then SOMETIMES you find time to sing too!

I really love to sing. I sing at home ALL the time, even when I am close to shouting at excel, and given that we don’t have double glazing, I am essentially performing free concerts to the thousands of creatures who live near me in the forest whether that is a deer-like Bambi, a rabbit-like Thumper or an owl-like, err Owl. They are like a mini fan-club!

Sooner or later I will be able to swap performing in front of these furry little friends with performing for REAL people. The amazing, loyal, brilliant music lovers from the wonderful classical crossover community.

I miss you so much right now but do keep in touch still on social media. I know times are hard, but wherever you are in the world, but we need to be strong for now, and as the marvelous Dame Vera Lynn sang “I know we’ll meet again some sunny day”.