Joanna has today announced that she will be recording her second album in July 2018. This will be the follow up to the hugely successful, Stars Are Rising, which hit the top of the Official Classical Charts in March 2017 and scored additional number 1’s in the iTunes, Amazon and HMV Classical Charts. Not only did Stars Are Rising receive universal praise and the accolade of “Album of the Week” in a number of Newspapers and Magazines, but also made history by becoming the first independent debut album to secure the number 1 spot.

Since the success of Stars Are Rising, Joanna has toured the country with the album, achieved another number 1 with Royal Platinum Love Song, written by Olga Thomas to celebrate the 70th Wedding Anniversary of Her Majesty The Queen and the Duke of Edinburgh, led a 600 strong choir on the pop charting Choirs with Purpose album, Stand Together, and performed on the same bill as Kylie Minogue and Paloma Faith.

Once again, Joanna will be working with renowned orchestrator, pianist and conductor, Robert Emery who will be producing the album with the Arts Symphonic Orchestra.

Speaking of the album, Joanna said:

“I cannot wait to start recording again. My debut album was so much fun to create and I am really proud of what we achieved; I am hoping to build on its success and make another record which will once again surprise people with what can be achieved on a classical album.

On my new album we are excited about giving listeners another unique experience when it comes to the joy of classically orchestrated music. It will appeal to not just classical music lovers but anyone who has an appreciation for ALL music from many walks of life including younger listeners. It’s going to be an album that can not only be enjoyed alone as an immersive experience with its cinematic sound but also shared between parents and children, loved ones and friends.

I love working with Robert; he’s been really busy as the Musical Director for Bat Out of Hell in the West End, so I am grateful for his time, commitment and genius when it comes to producing an album.”

“I’m thrilled to be working with Joanna again. Stars Are Rising was such a pleasure to produce, it was only time before this super-talented soprano ventured into album number two; to which I’m honoured to be asked again to write and produce.” 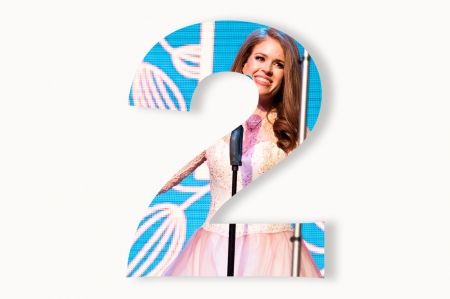