Joanna honoured to record “World in Union” in memory of Sgt. Matt Ratana

Following the tragic death of Sgt. Matt Ratana, who died in the line of duty, Joanna has recorded a new version of popular rugby anthem, "World in Union". In addition to being a much loved Police Officer, Matt Ratana was also the coach at East Grinstead Rugby Club, who asked Joanna to record the song. Arranged by pianist, Joel Goodman, Joanna said of the song:

"Like so many others I was so shocked and saddened to hear about the death of Matt. When a mutual friend approached me to sing this song I didn't hesitate. Releasing the song in his memory is an honour and I hope it brings comfort to his family and friends across the police and rugby community. He was clearly a deeply respected man who was loved and admired by so many."

The song will be released across all platforms on 20th November and is available to pre-order here. 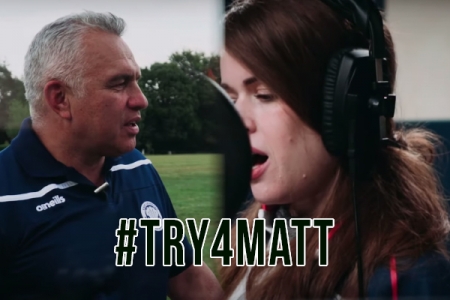