Joanna to duet with Paul Potts at Busting to Sing

Britain's Got Talent legend and global superstar Paul Potts will duet with Joanna at charity gala. Paul, who had already agreed to sing solo at the concert on March 31at The Palace Theatre, London, will now also be duetting with Joanna in front of thousands of fans.

They will be performing a very special version of Andrew Lloyd Webber's Point of no Return from Phantom of the Opera.

"I am over the moon that Paul wants to duet with me" said Joanna, "He is a world class tenor who I have admired for years since he won Britain's Got Talent.

I loved watching the film about his life last year where he was portrayed by James Corden so it is an absolutely honour to sing with him." 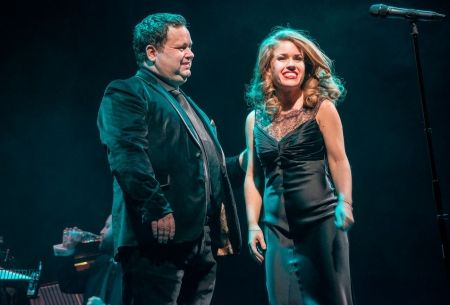