Joanna's debut promotional video for Nessun Dorma is now online. Filmed recently at Tower Bridge Studios by Cherryduck Productions, the video was directed by James Vellacott and produced by James Selby. On filming the video, Joanna said "We had such a fun day in the studio.

We managed to film me singing it around 20 times and then had enough footage to create a video which I'm really proud of.

As it's my debut video I was keen not to make it too gimmicky so I hope people see a true, honest performance of such a famous and brilliant song.

Cherryduck Productions were so amazing on the day and with the edit. I hope people now enjoy it!" 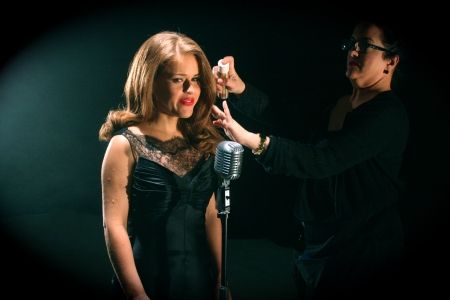